How we are going to reduce the travel time.

We always concern about the Environment.

Current and past procurements.

The Government of Sri Lanka (GoSL) intends to improve the railway system of the country, and aims to increase the share of railway from 5% to 10% in passenger traffic substantially by improving the Railway Network in the Colombo Suburban Area (CSA). CSA covers four major passenger corridors to Colombo City, namely, the Kelani Valley Line (Colombo to Avissawella), Main Line (Colombo to Rambukkana), Coastal Line (Colombo to Kaluthara South) and Puttlam Line (Ragama to Negambo).

To develop the above stated four major rail corridors, the Ministry of Transport Services Management (MoTSM) along with Sri Lanka Railways (SLR), National Planning Department (NPD) and External Resource Department (ERD) took a major initiative under the financing from the Asian Development Bank (ADB). That is the Colombo Suburban Railway Project (CSRP) and the project, at present (beginning of 2020), has reached completion of it’s detailed design and bid document preparation stage.

The Project is to provide high quality rail transport services to the people, by modernizing the railway infrastructure to match with state-of-art technology and by introducing best railway practices to the railway operation. Enhancing safety of operation, travel time reduction, enhanced frequency of operation while maintaining reliability, integration of railway operation with other transport modes, passenger comfort, increased revenue through modal shift and from transit-oriented development are the expected key outcomes of CSRP.

To develop Sri Lanka Railways in the Colombo Suburban Region to ensure its contribution to the National Transport System for next 20 years. 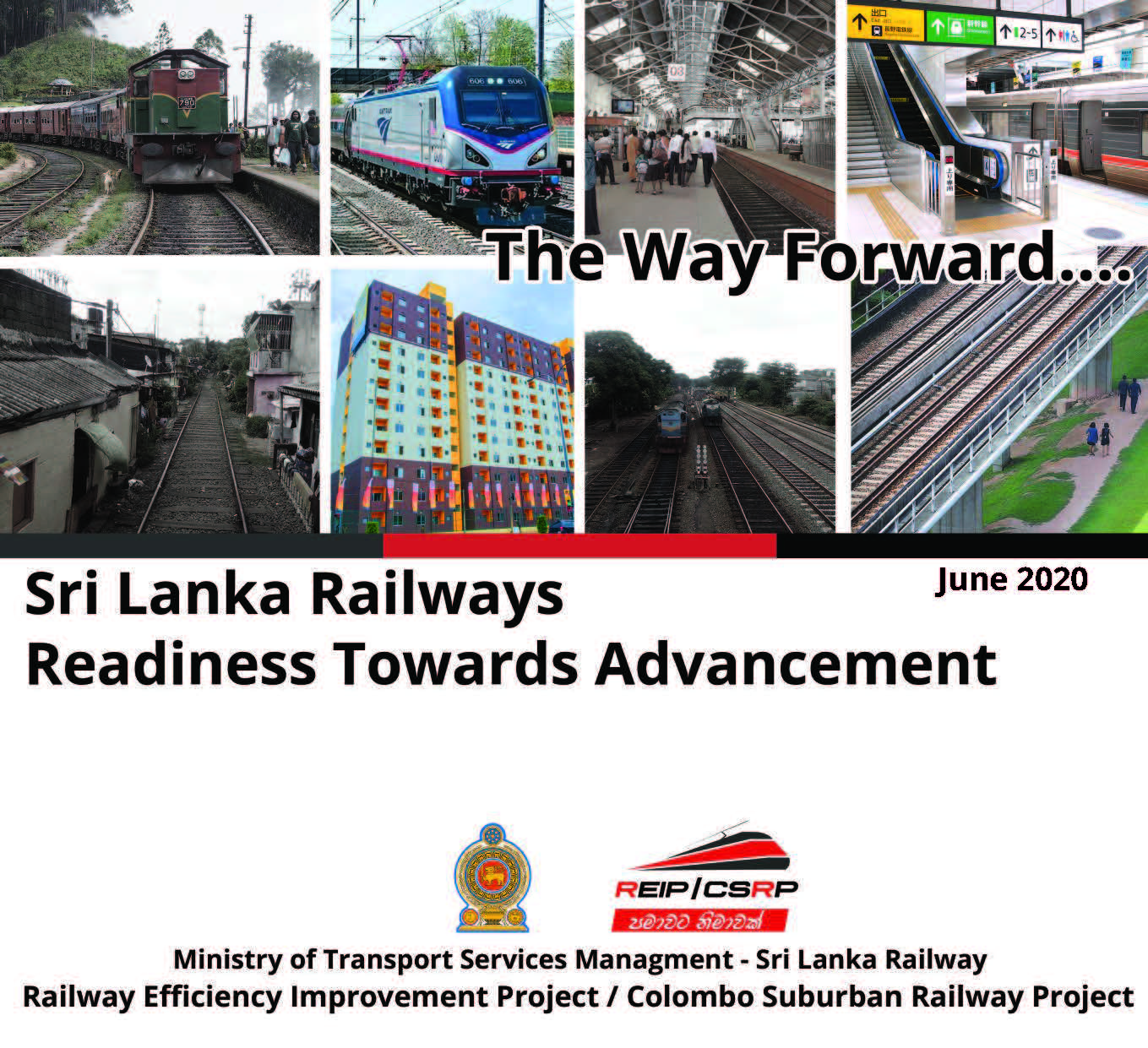 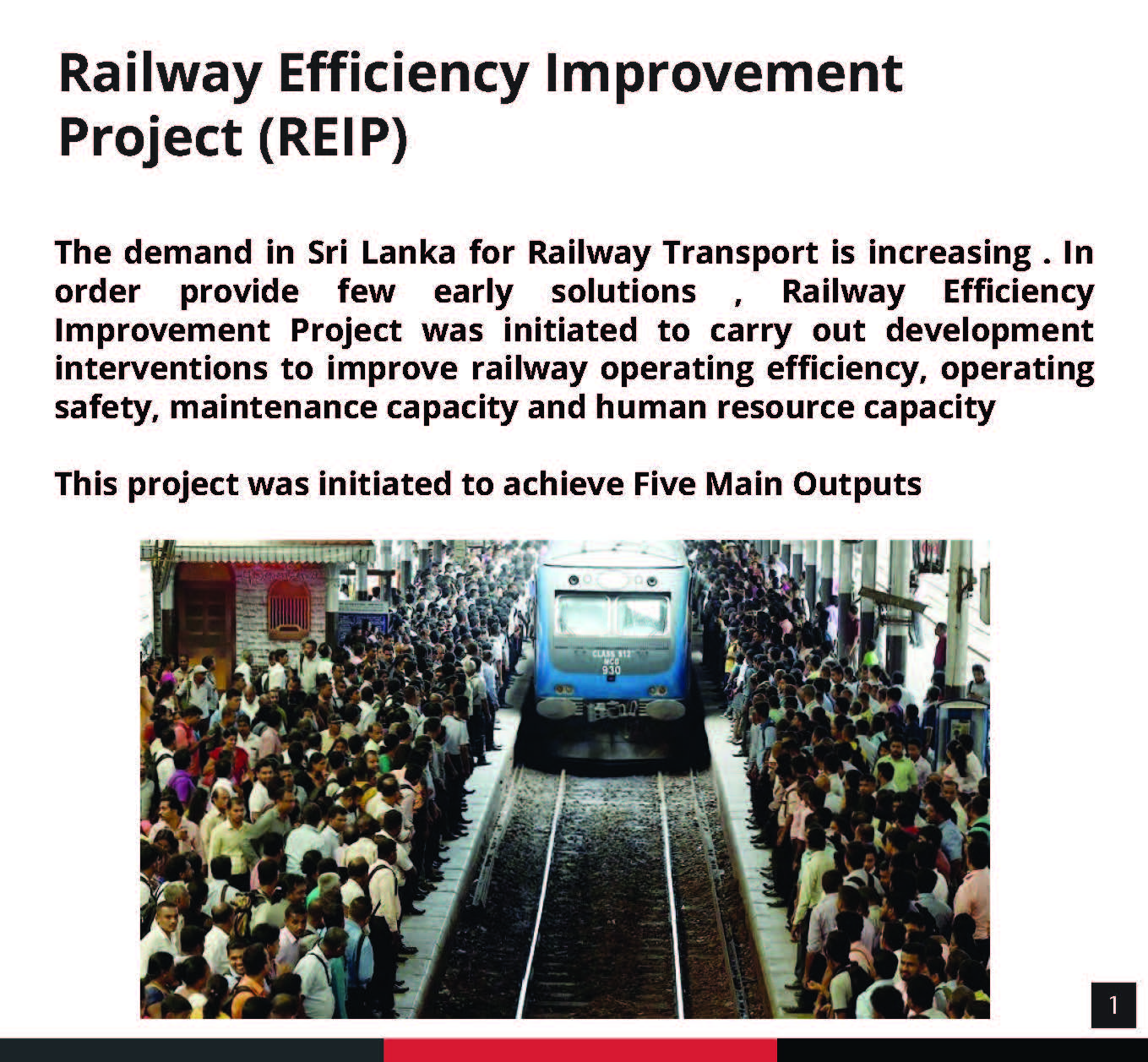 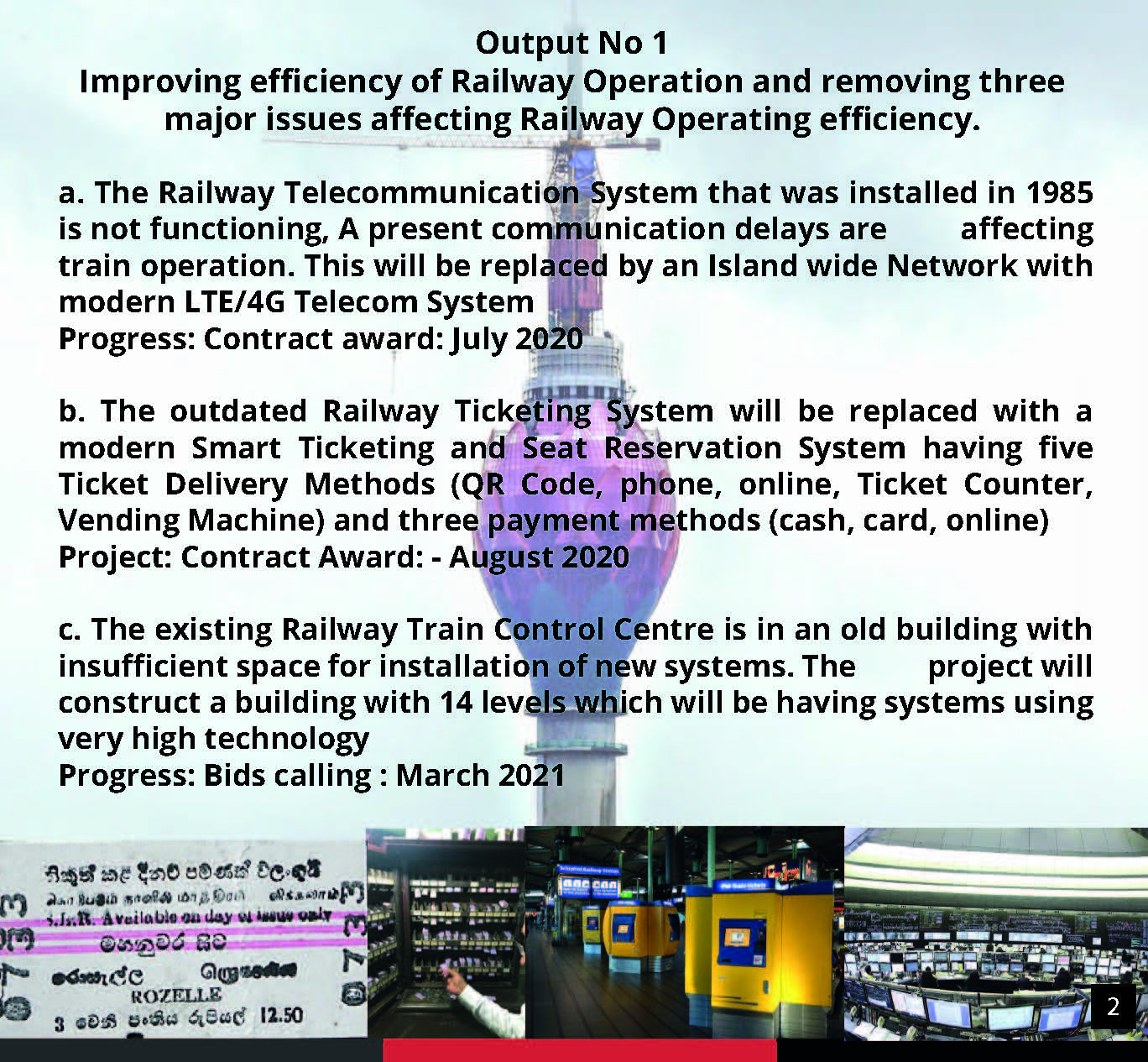 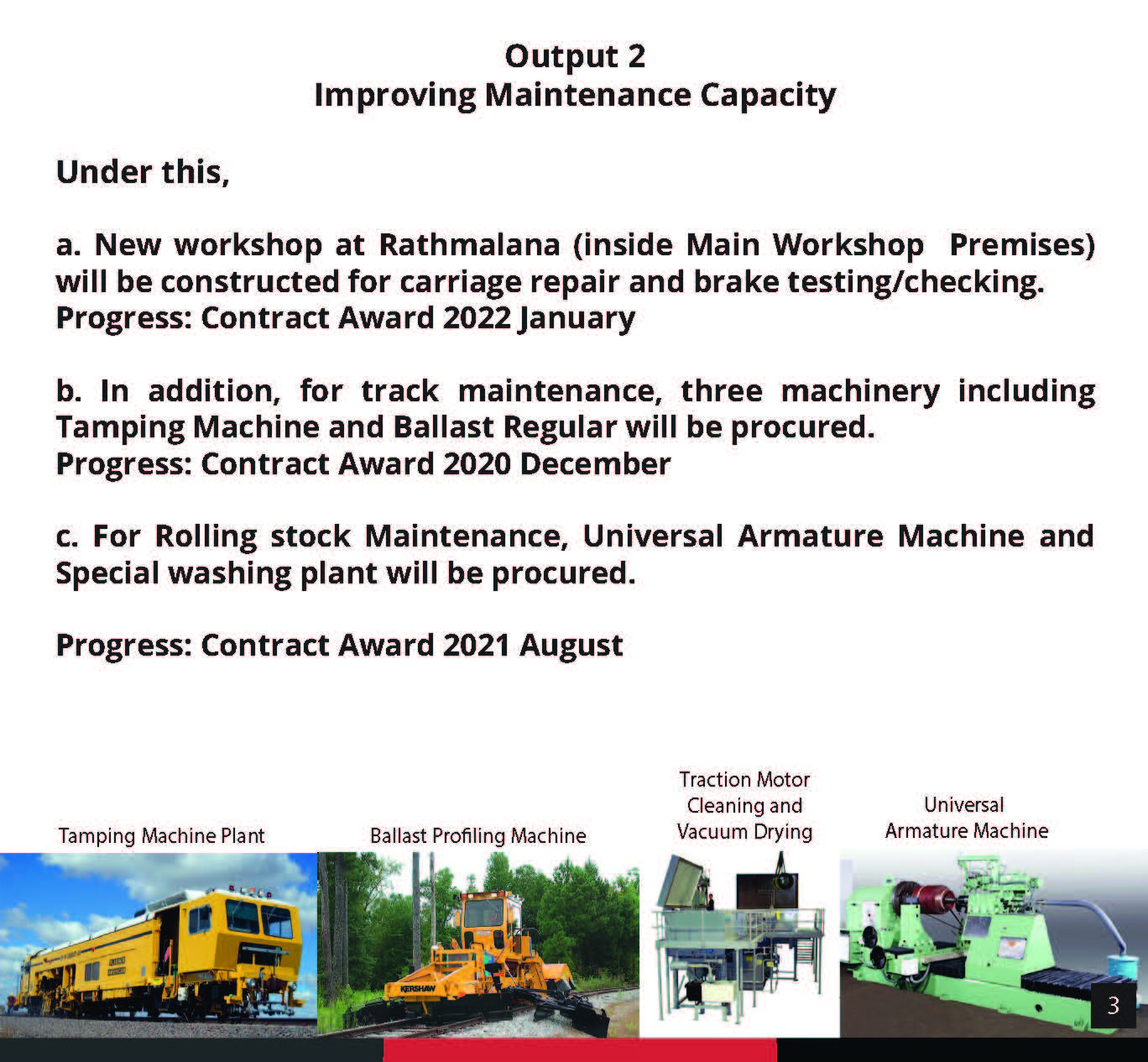 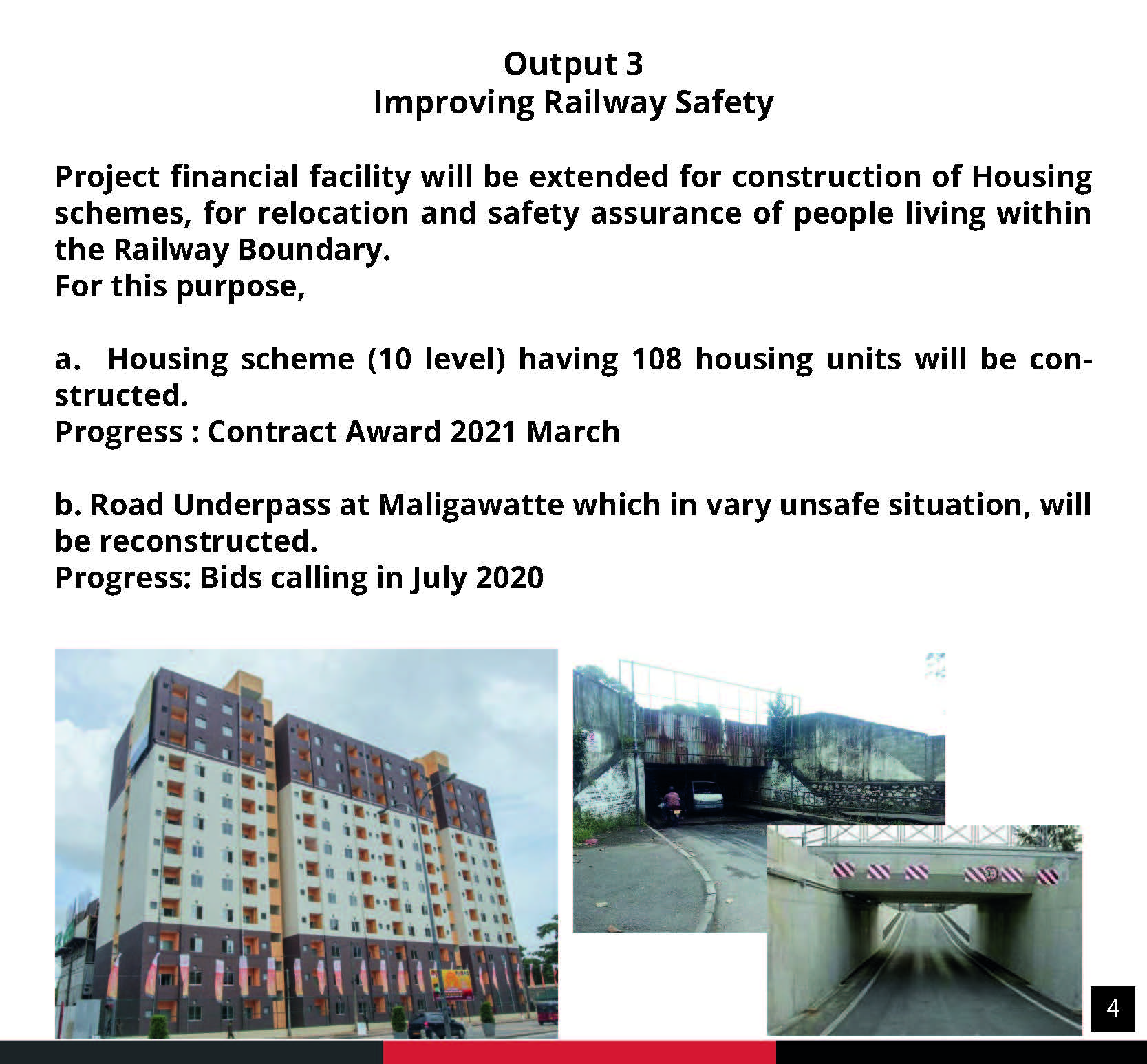 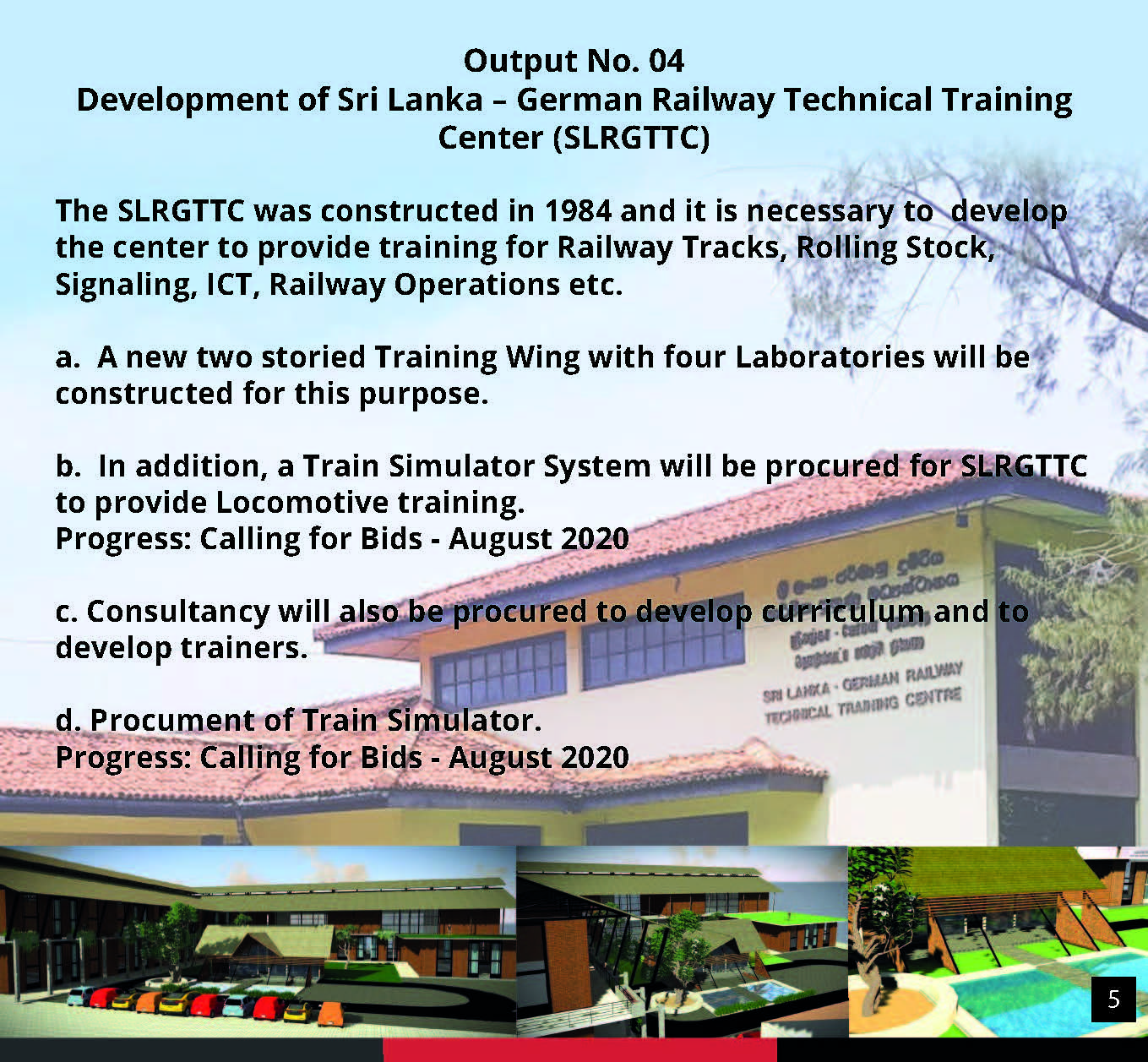 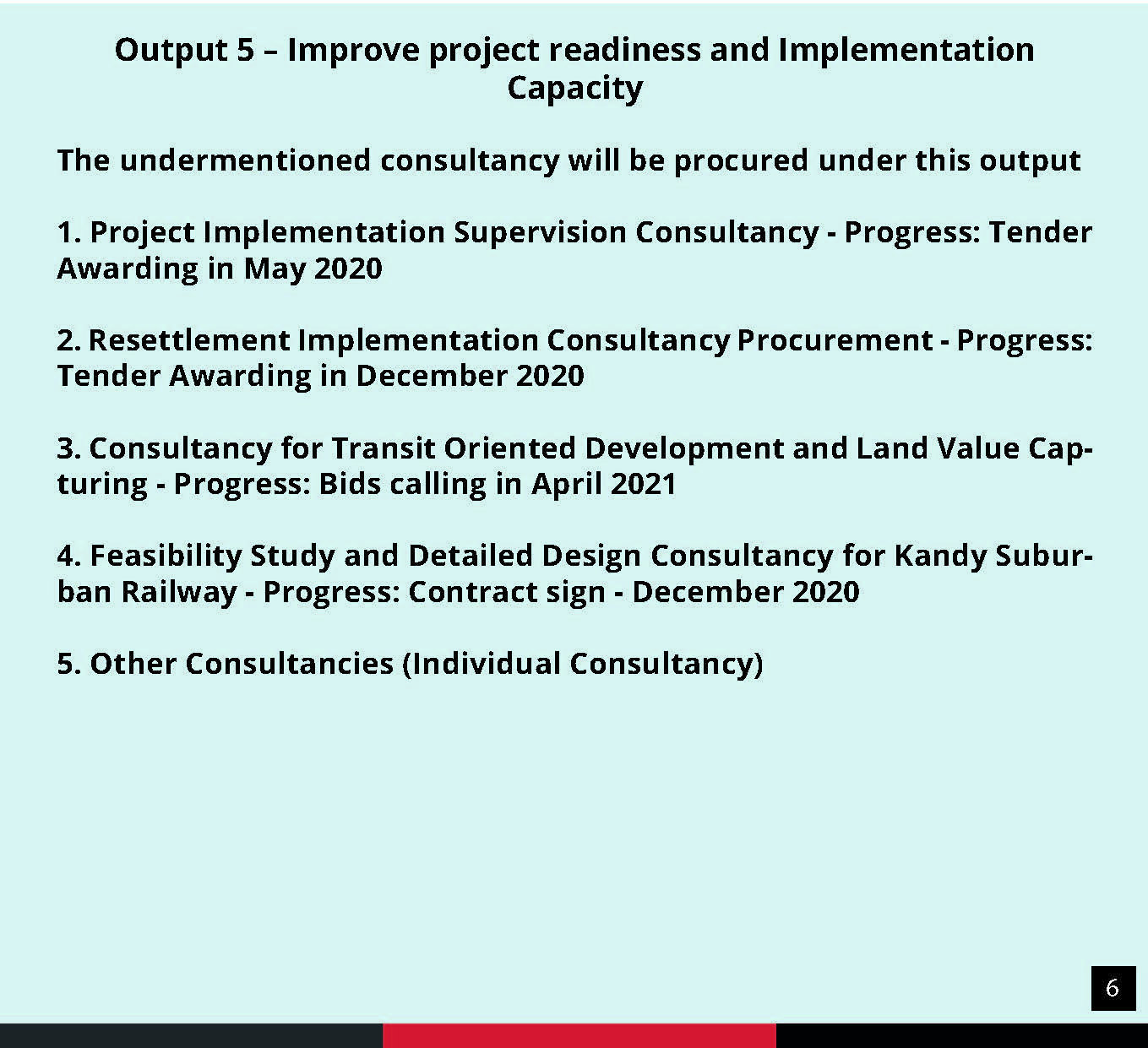 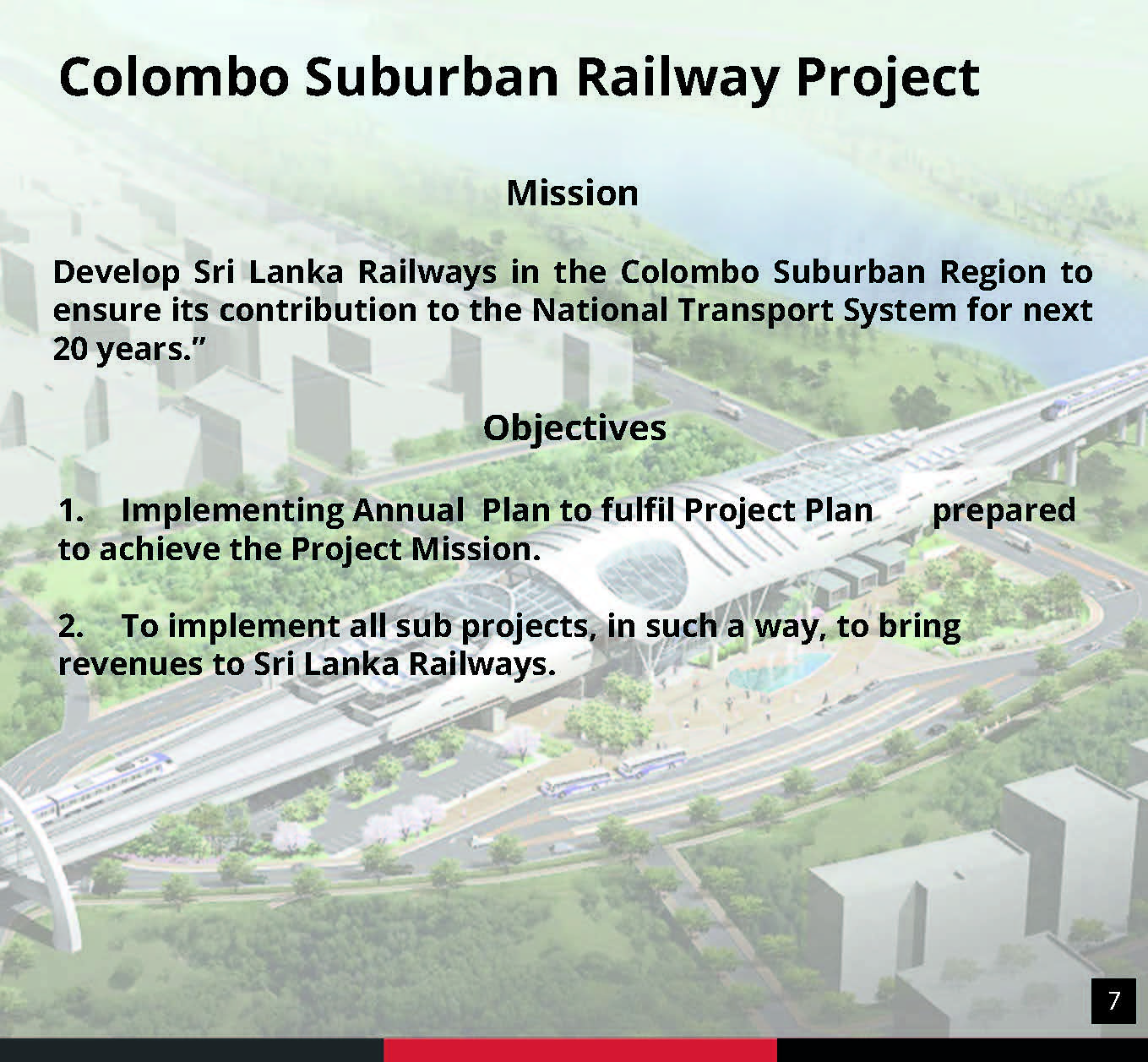 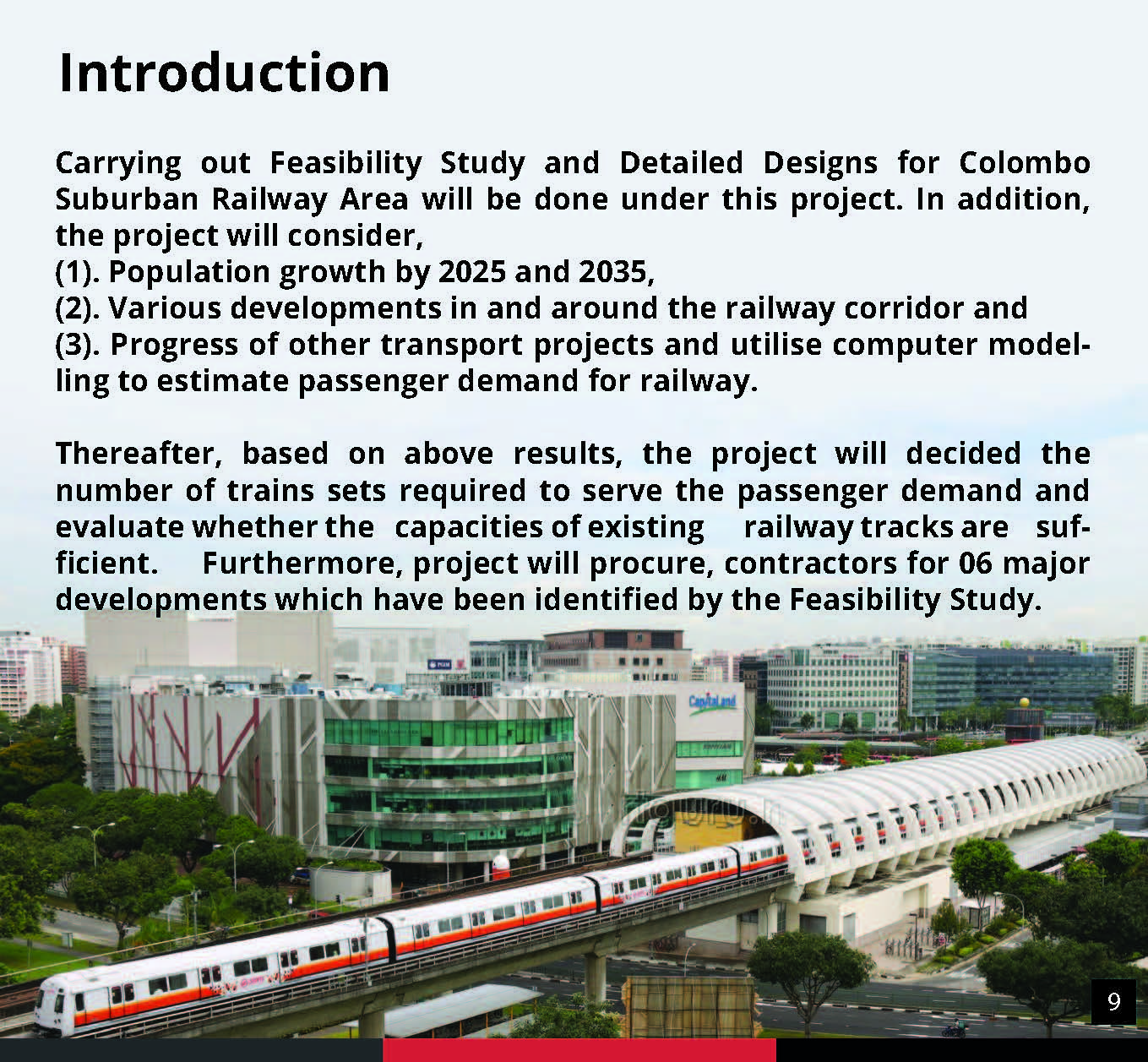 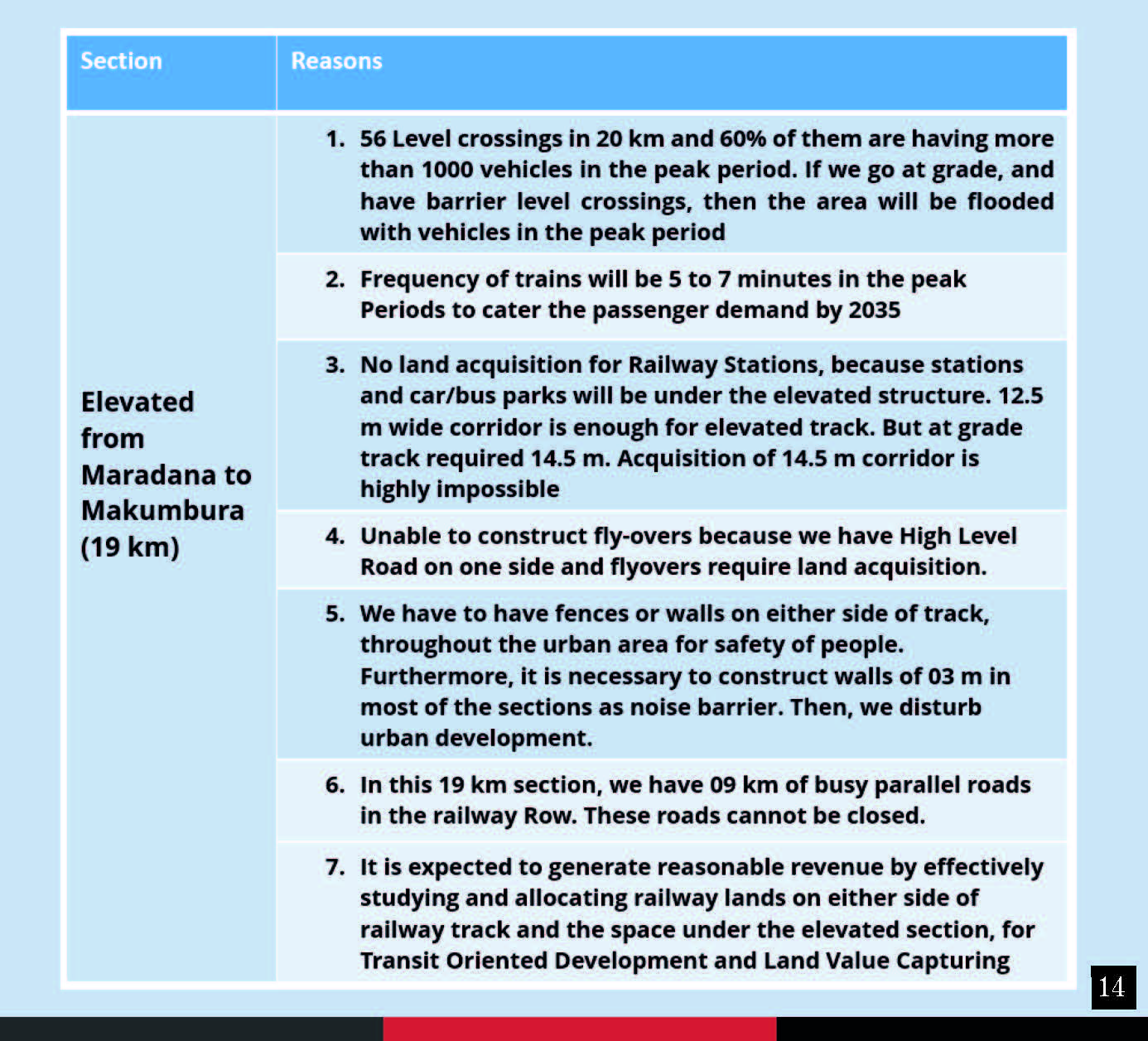 The Kelani Velley line extending from Maradana to Avissawella is 60 km with daily passenger volume of 14,600 at present.

Rambukkana is 83 km away from Maradana and is the end station of the double line section in the 291 km long Main Line. The daily ridership is approximately 100,000.

Coastal Line of the Sri Lanka is 159 km long and Kaluthara South is 43.0 km away from Maradana. The daily passenger volume in the section upto Kaluthara is approximately 80.000.

Puttlam Line deviates from Main Line at Ragama runs upto Puttlam and the line length is 133 km from Maradana with daily passenger volume of 20,000.

We will repair existing rail tracks in line with the programme of adding value to train services; the Sri Lanka Railway Authority will be given adequate powers to ensure that they provide an efficient, clean and reliable train service to the general public and tourists.

- Vistas of Prosperity and Splendour, page 55 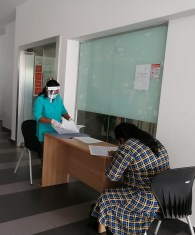 CSRP staff who attends office take all possible safety measures to reduce the risk of transmission of Covid 19. Signing of Contract Between MoTSM and France Company for Project Implementation

Railway Efficiency Improvement Project, the contract for the Consultancy of Project Implementation was signed between the Ministry of Transport Services Management and JV of Egis Rail (France), Egis International (France) and GreenTech Consultants (Pvt) Ltd (SRI)